Cryptocurrency projects continue to show their unique ability to disrupt traditional systems in several industries globally. More innovations, spanning from payment systems to the health sector, are being introduced on a daily basis. Despite the numerous projects in the crypto industry, cryptocurrency charity projects are presenting a new perspective on how blockchain technology might assist advance the concept of philanthropy and social sustainability.

Crypto Charity Projects aim to make it easier for charities to communicate directly with consumers and solicit donations for various causes. The number of charity Crypto projects has increased significantly, and it was amazing to see Cryptocurrency making it easier for well-meaning people to donate funds to benefit almost 3 million refugees affected by the war in Ukraine.

Philcoin is a blockchain movement that wants to use blockchain to bring the globe together while also building a new economy of giving. The initiative was launched in 2021 and is focused on philanthropy while supporting the United Nations’ 17 Sustainable Development Goals. The blockchain project’s goal is to make transactions easier and to let people receive something back when they transact. The Blockchain project has garnered various honors, including the AIBC Social Impact Project of the Year in Malta.

Philcoin is a global initiative that emphasizes the value of education, health, equality, and economic progress in reducing poverty and suffering while also combating climate change and maintaining the environment. Philcoin continues on its path by developing a mobile app with a revolutionary chat service that rivals even some of the world’s largest market players. This app is available in the iOS and Android app stores, and it has already received over 60,000 downloads in its first week of release.

World of Waves wants to change the way people think about charity around the world. According to official sources, their grand objective is to use NFT and DeFi to make the world a more sustainable place.
The WOW token is the platform’s official digital currency, with the purpose of providing charity options. This cryptocurrency imposes an 11 per cent transaction tax. As an incentive to hold more tokens, 3.3 per cent of the tax is distributed as rebates to token holders. A further 3.3 per cent is allocated to liquidity pools.

It’s worth noting that the last 4.4 per cent tax is automatically transferred to the $WOW charity wallet. Every month, the network will use funds from the charity wallet for charitable purposes. The purpose is to focus on aquatic animal conservation and ocean conservation.

Save The World is a Binance-based ecosystem that focuses on humanitarian activities to address various global challenges. This network has its own native token, Save, which aids charity and philanthropic activities. A 10% tax is levied on every buy and sell transaction. Token holders receive 5% as rebates, while daily operations receive 2%. The remaining 3% is donated to charities. They also created a “donations wallet” for well-wishers to donate to BNBs.
The first phase of the cash, totalling approximately $1.7 million, was used to assist India in her fight against Covid 19. The network also contributed to the fight against GBV in South Africa and made a donation to the American Cancer Society. Among the other recipients were Africa Rising and Shawn Mkhize.

Munch, a DeFi project launched in 2017, is changing the way charities and philanthropic activities are carried out around the world. The MUNCH token, the platform’s official token, is used to raise funds for operational and charitable purposes. It levies a ten per cent tax. Half of the 10% rewards token holders for hodling, while the other half is converted to Ethereum and automatically distributed to charities. The Munch ecosystem enables community members to choose the charity they wish to support. It is worth noting that since April 2021, over 1000 ETH has been donated. The Munch platform aspires to be a sustainable, decentralized project that distributes wealth where it is needed.

The world’s complexities have made social sustainability a priority, which is why we have the 17 UN Social Development Goals. Crypto ventures like Save The World, World Of Waves, and Philcoin are doing an admirable job of creating a digital economy where giving and philanthropy are a way of life. 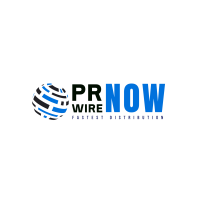 Honduras set to attract tourists through its Bitcoin Valley