Amid War, Russian Journalists and Activists Were Banned from Crypto Exchanges

Russian users of the cryptocurrency exchanges LocalBitcoins, Crypto.com, and Blockchain.com have been informed that these services would soon be suspended and are advised to withdraw their funds.

The European Commission strengthened the prior limitations on offering financial services to Russian residents in Europe with the new sanctions package that was agreed last week. The sanctions are meant to hold Russia accountable for beginning the conflict in Ukraine.

Up until now, Russian users who had more than 10,000 euros ($9,700) worth of assets in their accounts were barred from receiving cryptocurrency custody from cryptocurrency companies operating in the European Union. The enhanced package removes that cap, and the restriction now applies to any accounts that Russian citizens use to store cryptocurrency, regardless of their balance.

Russia and Ukraine’s crypto markets are boosted by the war, according to Chainalysis

According to Chainalysis, the terrible conflict that began with Russia’s invasion of Ukraine has increased crypto-related activity in both nations. According to the blockchain forensics firm, fiat inflation and sanctions pressure caused multiple increases in transaction volumes this year, although Eastern Europe as a whole maintained its position in the global crypto ecosystem.

Cryptocurrency has also been impacted by the Russian invasion of Ukraine and the accompanying, intensifying military war, according to Chainalysis in an excerpt from its upcoming 2022 Geography of Cryptocurrency Report. Both nations’ citizens have faced high inflation and the war’s economic effects.

Cryptocurrency transactions between Russia and Ukraine increased soon after hostilities started in late February. The trends in the ensuing weeks and months differed, with Ukrainian transactions continuously increasing through June while Russian transactions fluctuated in a relatively narrow range, possibly impacted by service restrictions. Keep checking blockmanity for additional updates on this issue.

Edit: Fixed a typo in the currency conversion. 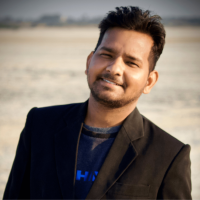 Naman is in crypto since 2016 has a background in working with many reputed exchanges and Web 3.0 projects. He loves to learn about new technologies, innovations and keen about Metaverse and DeFi.
Read Next

Amid War, Russian Journalists and Activists Were Banned from Crypto Exchanges