Miroskii, an ICO raising money as a decentralized bank based in China has gained notoriety for getting the pictures of some random dudes off the Internet as their main team members.

Only one of them wasn’t too random.

The expose began when the Twitter user @CryptoShillNye noticed this image of the team and found a striking resemblance to someone he knew.

The photo was that of Oscar nominated actor Ryan Gosling and his photo was used for representing Kevin Belanger, an “experienced graphic designer with a clear focus on identities and illustration.”

In a couple of hours, it had gone viral and people had figured that all these pictures were taken right off the Internet.

Its website reads that the company will offer users their “own decentralized bank” with support for credit and debit card providers like Visa, Mastercard, and American Express. This might have been a lure for investors.

But Miroskii hadn’t even shared its white paper with investors.

Its social media presence was minimal. Although, the company had run PR campaigns even securing a paid content space on News BTC.

Despite that, it may have raised $830,000 as seen in the website. But that figure is unverified for now.

This is a painful reminder to all investors about the necessity of conducting proper due diligence. And it speaks volumes about the need for verification of the people who are raising funds in a global market like this.

Abhishek was the co-founder of Blockmanity, he has a background in finance and has a good understanding of Bitcoin and other Cryptocurrencies from an economic standpoint. He is passionate about research and fundamental analysis.

TrustED partners with Binance to launch one of the first ICOs on Binance Chain
DJ Khaled and Floyd Mayweather Escape ICO Lawsuit, Kevin Hart to be investigated next
Featured: CryptoProfile Launches A Platform To Reform Blockchain Industry 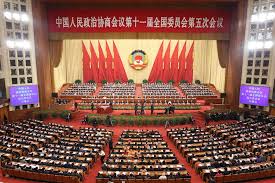