What DeFi means for Blockchain

In late-2017, Bitcoin had soared to its all-time high value of around $20,000, a rise so unprecedented that it secured cryptocurrencies the title of the fastest appreciating asset-class in the world. Digital assets have taken the world by storm with their ability to facilitate anonymous crowdfunding on decentralized networks, and their utility is increasing by the minute.

The 2017 bull run’s flames were promptly doused when Bitcoin crashed to $6,000 by February and to $3,500 later that year. This caused the overall cryptocurrency market capitalization to drop from nearly $800 billion to around $110 billion by late-2018.

Skeptics ranted about how Bitcoin was simply a bubble waiting to burst, while proponents of blockchain technology doubled down on their claims that cryptocurrencies were the future of money. But if it wasn’t a bubble, what had caused the crash? And why did Bitcoin rise in the first place?

Bitcoin’s crash in 2018 provided more questions than answers, and with how small the blockchain industry was at the time, everyone was quick to jump to conclusions. Some analysts attributed BTC’s meteoric rise to the growing popularity of Initial Coin Offerings (ICOs) at the time, while others pointed to market manipulation by whales.

Bitcoin’s climb to nearly $40,000 between 2020 and early 2021 has raised some of the same concerns. Just as ICOs had funneled billions of dollars into the market, decentralized finance (DeFi) has been the hottest topic in blockchain for quite some time now. From under $700 million in early 2020 to over $20 billion worth of ETH locked in DeFi contracts today, it’s safe to say DeFi now has a substantial influence on the technology’s use.

When the ICO boom took place in 2017, some projects took advantage of the dearth of regulation in the blockchain space. Ponzi schemes, exit scams, and hacks plagued the ecosystem, swindling the community of billions of dollars in the process.

The ICO model was soon dismantled, replaced by the more trustworthy Initial Exchange Offerings (IEOs), where exchanges verified projects before offering them up for trade. This certainly reduced the number of scams but made it much more involved to start a new project.

Confidence in the technology’s ability to soon replace traditional systems had been tempered, and claims of its imminent potential faded into the reality of its slow and ongoing development. Like ICOs, DeFi also enabled the routing of funds from decentralized participants, but this time the blockchain space has learned from its mistakes.

Decentralized finance is a subsystem of blockchain networks that enables smarter, more secure ways to access financial services without a trusted intermediary. Cross-border remittances are cheap, processing times are quick, and the possibilities are endless. However, like any new innovative technology, there’s more to DeFi than meets the eye.

Fundraising is crucial to developing new and innovative projects, and the blockchain space is always hunting for better ways to do it. While IEOs and the more recent Initial DEX Offerings (IDOs) certainly cater to this role, DeFi brings far more to the table.

Once considered entirely unusable, decentralized exchanges cleaned up their act last year, moving from the buggy, unreliable orderbook model to the more secure and efficient AMMs. Order books work incredibly well on centralized exchanges but coupled with DEXs’ low liquidity, they made for slow and unsustainable platforms.

Automated Market Makers (AMMs) eradicate these problems by locking token pairs in liquidity pools. The ratio of tokens in the pool determines the supply and demand, and the system calculates asset prices using an algorithm to process this information.

DEXs like Uniswap, Kyber, and Balancer have put some renowned centralized exchanges on their back foot, offering cheaper transactions, more significant profit margins, and the guarantee of decentralization.

Where ICOs allowed people to raise funds without a promise of ever delivering, DeFi has ushered in an era of collateral tokens. Further, Ethereum isn’t the only blockchain to benefit from this trend, and even newer DEXs like the TRON-based JustSwap are seeing impressive usage and growth.

Lending assets to a liquidity pool yields interest in the form of collateral tokens. By borrowing these tokens from the pool with overcollateralized loans, participants can even re-invest the borrowed assets into other DeFi platforms to earn more interest.

This process, known as yield farming, has become the talk of the crypto-town due to its versatility and growth potential. As mentioned earlier, investments in decentralized finance have skyrocketed over the last year, and they don’t appear to be coming back down any time soon.

A World of Services

Unlike with ICOs in 2017, the hype behind DeFi isn’t unfounded. Decentralized finance is connecting the world financially in ways that weren’t possible before the advent of blockchain technology. DeFi is filled to the brim with innovative ideas born from effort and perseverance, bringing a whole wave of fresh use-cases for DLT-based networks.

By relying on smart contracts instead of a trusted third-party, DeFi ventures like Nexus Mutual and CDx offer more elaborate services like wallet and lending insurance. Like how DEXs provide a decentralized alternative to centralized cryptocurrency exchanges, outfits like Synthetix and yearn.finance are charting out new territory, enabling the decentralized purchase and sale of crypto-derivatives contracts.

DeFi is the most malleable corner of blockchain, adapting to hundreds of new and unique applications serving different niches. For instance, Centric couples the concepts of stablecoins and staking with its dual token system, removing volatility from payments and creating a measurable equation for growth.

Users are rewarded for purchasing one token (CNS) and converting it to the other (CNR), generating interest the longer it remains converted. This is similar to a staking mechanism, where investors purchase tokens and lock them up in a smart contract for periodic rewards, except with the assurance of appreciation proportional to its adoption.

Additionally, projects like Gnosis bring prediction markets to the blockchain, allowing investors to bet on the outcome of market events. This includes gambling on the price movements of assets that aren’t directly available to them due to regional restrictions, like traditional stocks and bonds from other countries.

In stark contrast with ICOs, DeFi also promotes collaboration, with most platforms allowing the use of tokens from various other platforms. As more funding and development resources enter the space, decentralized finance could become the main showground for blockchain technology. Mainstream crypto adoption is still years away, but with how DeFi is shaking up the financial services industry, we could all be using cryptocurrencies soon without even realizing it. 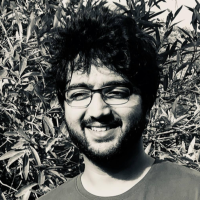 What DeFi means for Blockchain